The queen is dying in the kingdom of peonies

In China, one flower has become a symbol beyond all others and won all hearts. It is the famous peony. For centuries, it has offered the country way more than mere beauty: it has offered help. Peonies, across their many species, have medicinal benefits which have become central in traditional Chinese medicine.

Unfortunately, several wild species are in danger. The data shows that peonies which are not cultivated are fewer and fewer each year. It is estimated that there are only 500 specimens of Paeonia sterniana left in the only region this species grows in, Tibet!

As it's high time to protect it in order to prevent it from becoming another addition to the list of endangered species, Klorane Botanical Foundation has chosen to help a team already actively engaged in its protection, namely: the Institute of Botany of the Chinese Academy of Sciences, in Pekin.

First, we need a better understanding of their dormancy

There are three major causes to the decrease of wild peonies. Firstly, they are very coveted by men, who pick them for their medicinal benefits, often convinced that the wild species are more efficient than the cultivated ones.

Then there is another issue, one shared by many flowers over the world. The natural habitat of wild peonies is degrading and becoming less suitable to its survival.

The last main reason for the decline of our specific type of peony, Paeonia sterniana, is that the plant simply struggles to reproduce without help. Why is that? The low birth rate of the species is linked to its seeds, which are dormant seeds, but particularly rebellious dormant ones. Like all dormant seeds, they can only germinate after a certain amount of « sleep », as if the seed chose to hibernate for a while. But these seeds are seemingly even more complex for nature to wake them up on its own...

To help these wild peonies multiply, it is essential to find ways to avoid that dormancy period. Researchers from the institute have studied it by comparing it to a close species which doesn't have all this trouble germinating.

In their lab, they have studied each step of the germination, comparing various aspects for the two peonies: their endogenous hormones, their gene expression, the molecules involved... Their conclusions are clear. The reason our peony has so much trouble germinating is to be found at a molecular level. With this discovery, we have taken a first step toward preserving that peony!

Culture and selection for propagation

With this knowledge in hand, it becomes possible to imagine a world where the rates of wild peonies would be back to normal. The idea behind this is to get ready to grow and multiply the sterniana species. 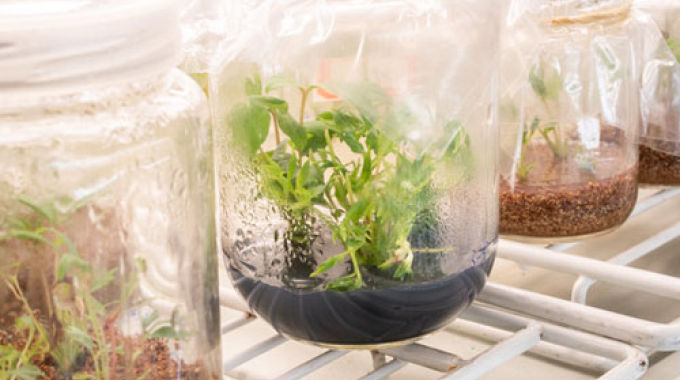 To do so, we will have to find the right in vitro method to repopulate fields and meadows with the flowers.
Along with the study on dormancy, the researchers are leading a second study: they are taking a closer look at a species that has already been domesticated, Paeonia lactiflora.

They are studying several in vitro multiplication methods around the stems and the buds for a successful propagation in the wild after proper adjustment. This study will make it possible to select the best method or methods for Paeonia sterniana. 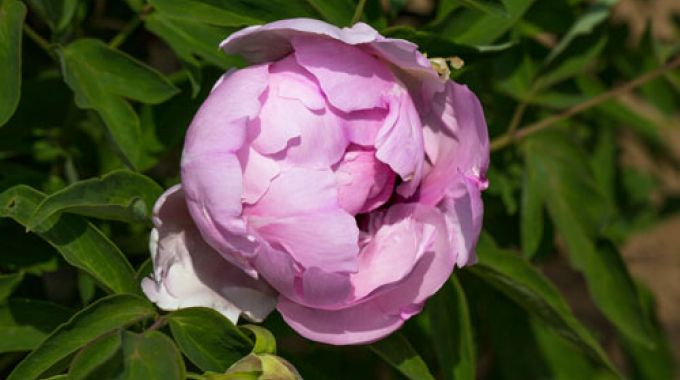 This wild peony is a herbaceous perennial plant. It is mostly found in Tibet and produces white flowers, sometimes pink ones. Its famous dormant seeds are blue! 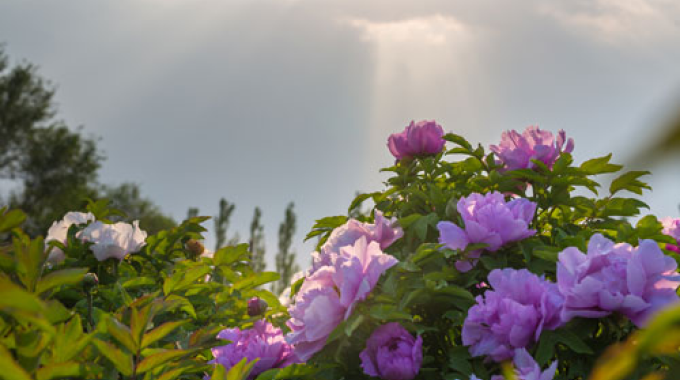 Peony is a symbol of China

There is more than one legend around this flower, one of them being that some species could be sold for several pounds of gold under Emperor Yang-Ti. The flower is a symbol of honour and wealth but it is more practically acclaimed for its medicinal virtues, more precisely the antibacterial, anti-inflammatory and soothing properties of its roots.

Why put all these efforts into a tiny flower you might ask? Well, because plant species are on the decline all over the world, and things are going fast. If we wish to maintain the biodiversity that not only our cultures rely on, but also the survival of our species and the animal species, every single gesture counts. It's only by preserving each species one by one that we can hope to preserve them all.