An imminent threat of extinction

If you've ever gone for a hike in the Alps, you may have already seen an alpine sea holly in the wild. If so, you're very lucky, as this flowering plant is on the red list of threatened species*.

There are known populations in France, Switzerland, Austria and Italy, but their numbers are dwindling: in the last 20 years, nearly 2/3 of the plants have disappeared. Today, they are one of the highest-priority species for conservation in the world.

The reasonsare well-known to us: uncontrolled picking and changes to the alpine ecosystem are the main culprits in this situation. But they are not the only causes: sheep also consider the alpine sea holly to be a special delicacy.

Goal: to protect and propagate the key populations

To achieve this, we have decided to take concrete measures to save the alpine sea holly from disappearance by taking action in the Swiss Alps. To do so, we have joined forces with a well-known local association, Pro Natura.

Biodiversity management and protection measures have been implemented locally, including the installation of fences around alpine sea holly patches or the propagation of new plants in the botanical garden of Fribourg for later reintroduction to the wild.

These measures are supplemented by partnerships with farmers to promote the rational exploitation of the alpine landscape and the continuation of the conservation measures put in place.

The goal, of course, is to sustainably rebalance the situation. Results so far have been encouraging: the numbers of alpine sea holly plants growing in the protected areas are on the rise. 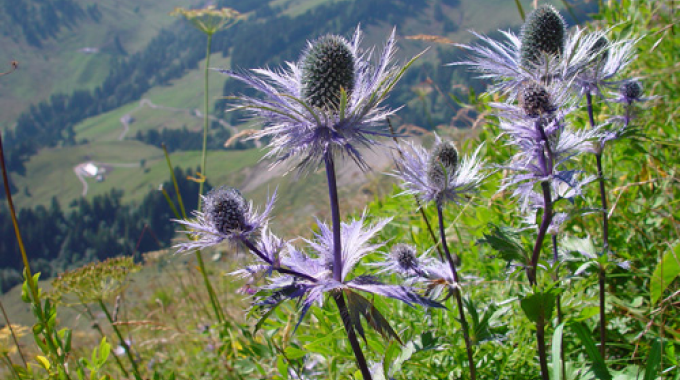 The alpine sea holly is a perennial plant emblematic of the Alps, known as the "Queen of the Alps". It is easily recognizable due to its jagged leaves and its bluish-violet flowers.
Warning, picking is prohibited, as it is highly endangered. 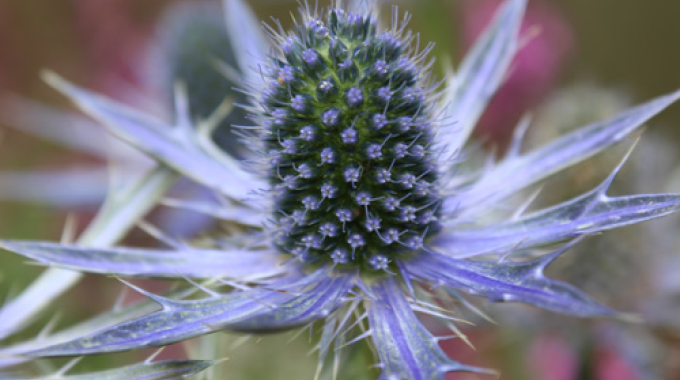 A worldwide inventory that indicates the state of conservation of animal and plant species. It is kept by the IUCN (International Union for Conservation of Nature) and serves as a key indicator used by many entities involved in biodiversity conservation.

Pro Natura is a Swiss association that has been active in protecting the country's nature for over one hundred years. It manages over 600 nature reserves and has several focuses, including the following: