Back to the original ecosystem 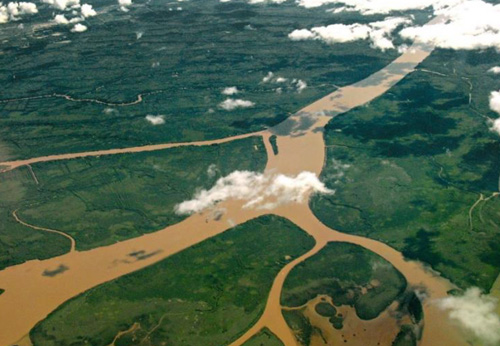 The habitat is no longer to same...

The Río de la Plata estuary, sitting North of Buenos Aires in Argentina, used to be a rich and pristine ecosystem. The wetlands along the river were occupied by a complex and dense forest called Monte Blanco, host to a large diversity of fauna. But things have changed: a person joining us from the 19th century would simply not recognise it today.

Human activities, such as tourism or agriculture, alteration of the area, timber production or forestry, have had a large impact on local biodiversity.

Where the Monte Blanco forest used to host a huge diversity of mosses, lichens, vines, herbaceous and woody plants, new secondary forests have established in its place, dominated by exotic species with poor diversity.

Invasive plants have taken over without asking for permission and the old native tree species are barely visible.

It feels like a huge task to restore the native forest and to recover the very specific flora there used to be here in the Río de la Plata estuary. Klorane Botanical Foundation has chosen to help this project by supporting several organisations working on making it a reality.

For a start, the idea is to establish small modules carrying at least 20 individuals of woody species (of the old kind of course!). As they grow, they are expected to merge into a green corridor, rich with the native flora and fauna that gave Monte Blanco its amazing identity. 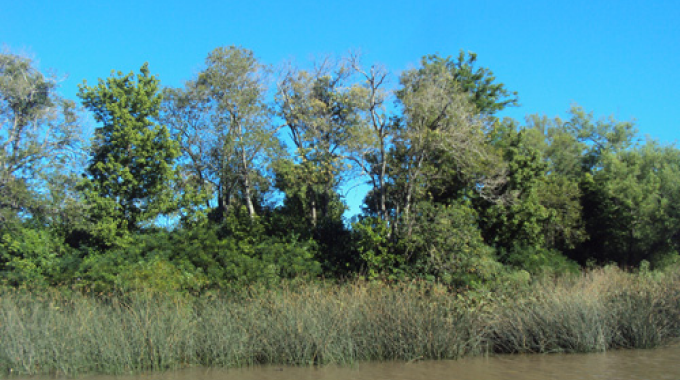 So where do we find these plants ?

Well, we grow them! The mission involves ex situ conservation of natives species of the forest vegetation, led by the famous “Carlos Thays” botanical garden. They are already being cultivated and studied there, yet new plants will join the ranks before all the specimens can be planted in the pilot zone. 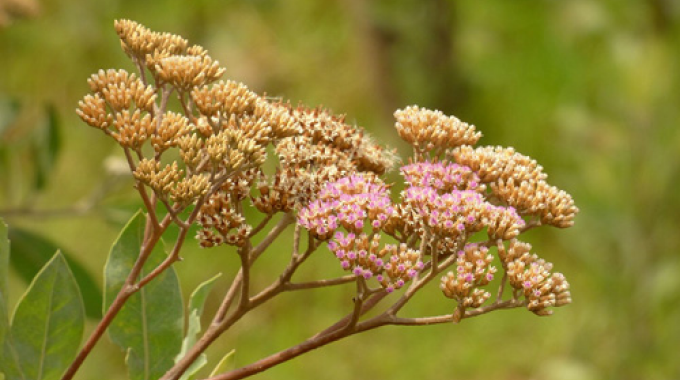 What do we plant ?

These plants are not under any threat of extinction but they are vital components to restore the specific ecosystem of the forest. They also have great medicinal interest!

At the very heart of a natural reserve

The project will take place in Delta terra, an area already dedicated to preserving the environment, with a focus on sustainable tourism and education about flora and fauna. There is even a small wildlife rescue centre!

So there is what you do and there is what you talk about. For once, talking also means doing so much! By sharing information regarding the value of the wetlands and its biodiversity and bringing awareness to it, the aim is to spread the word as much as possible and have it shared with future generations so that the whole restoration process can be followed up. Let’s make sure the poor scenario we have let happen doesn’t repeat!

Our foundation, together with our partners, are well decided when it comes to sharing the word. A series of public outreach activities are planned, including the distribution of saplings to other botanic gardens, guided tours and events for schools and media coverage.

This is our second project in Argentina

We already have a great ongoing project with these partners. This is not such a huge coincidence when you know the country has one of the largest biodiversity in the world: good wills are needed to protect it! Our first project, “Saving plants that heal” is all about preserving the knowledge of Argentinian herbal medicine flora, a treasure in great need of protection.

Our project "Saving plants that heal"

It’s The world's largest plant protection network. With over 700 members and partners in nearly 120 countries, BGCI supports programs for the protection of endangered plant species, provides general and technical recommendations, and regularly shares information through newsletters, magazines, conferences and training sessions.
Thanks to its international scope and professional expertise, it also successfully influences government policy.

At the heart of the Argentinian capital, Buenos Aires, it is one of the city's most popular tourist attractions. It currently houses 3,700 living specimens from 200 different botanical families, as well as a herbarium containing 4,630 plants. A large part of the garden is dedicated to growing indigenous Argentinian tree species.
Carlos Thays Botanical Garden is a major institution in Argentina, not only thanks to its geographical location and history but also because it plays an important role in developing educational projects.
This botanical garden was founded 120 years ago by the French landscape architect and urban planner Charles Thays.