Giving an orchid a second lease on life

Returning to its rightful place an orchid endemic to Singapore that was believed to have disappeared from its natural environment.

Singapore is home to 228 species of orchids that are found nowhere else. But nearly all of them are extinct or critically endangered: only 5 of the flowers can still be easily found.

How did this situation come about? In the 19thcentury, massive deforestation to grow plants for human use destroyed most of the species.

Reintroducing 500 orchids that had disappeared

Bulbophyllum pulchellum, everyone believed it had disappeared over 50 years ago. Until researchers found one during an expedition which was originally to study trees! Many players, including our foundation, have mobilized to seize this opportunity to restore it to its rightful place in the Singaporean landscape, where it used to be extremely common.

The project is intended to help nature allow this orchid to prosper once more, by combining two actions : 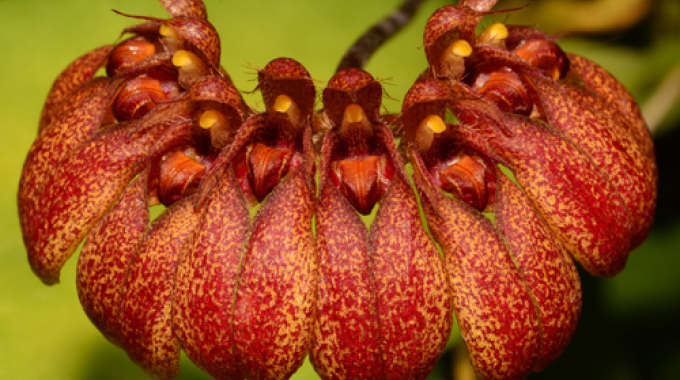 The second part of its name, pulchellum, is derived from a Latin word meaning "beautiful" or "pretty". A perfect name for this orchid, with its small red flowers with orange spots ! 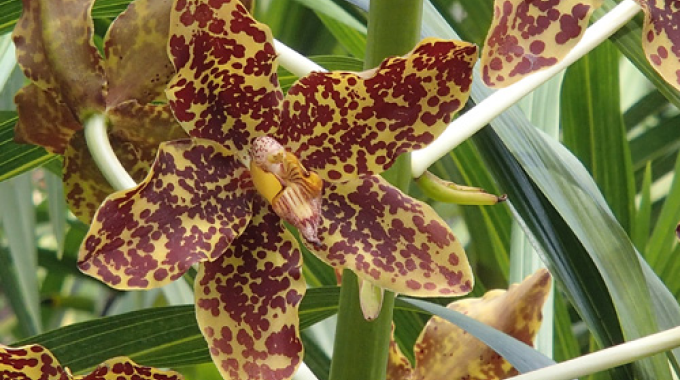 The orchids are one of the largest families of flowering plants: there are over 25,000 different species. They thrive in tropical regions, where their evolution is directly linked to that of butterflies, birds, beetles and even certain fungi…

A link in the chain of a larger project

For this project, Klorane Botanical Foundation teamed up with a local sustainable development organization, Singapore Botanic Gardens. This association has already reintroduced 20 species of orchids to Singapore which no longer grew there. It thereby helps give meaning to the underlying vision of the city, known as the "City in a Garden".

The Singapore Botanic Gardens also contain the National Orchid Garden, where over 60,000 plants are on display!