A two-stage mission of preservation and exploration…

In 2007, fires ravaged thousands of hectares of olive trees in the Peloponnese. Some of the trees had been there for centuries. This was a terrible ordeal for the region's plant heritage, as well as for its cultural heritage, since these olive trees had shaped the landscape and mythology since time immemorial.

Making way for a new generation of olive trees

We launched an extensive operation to restore the olive tree to its rightful place in this region. Spearheaded by Pierre Fabre, 10,000 seedlings were given to Greece and planted in the town of Figalia, in the Peloponnese, which had been especially ravaged by the fires.

We strongly believe that this kind of initiative only has value if it is conducted in collaboration with the local people. We thus worked hand in hand with our Greek counterparts, very active defenders of plant biodiversity. 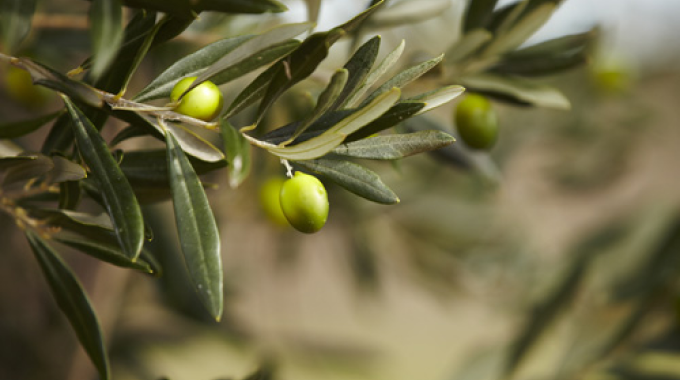 Today, an abundance of olives

The exceptional olives produced by these trees are processed in a nearby mill, producing an excellent oil that is highly appreciated by the locals. 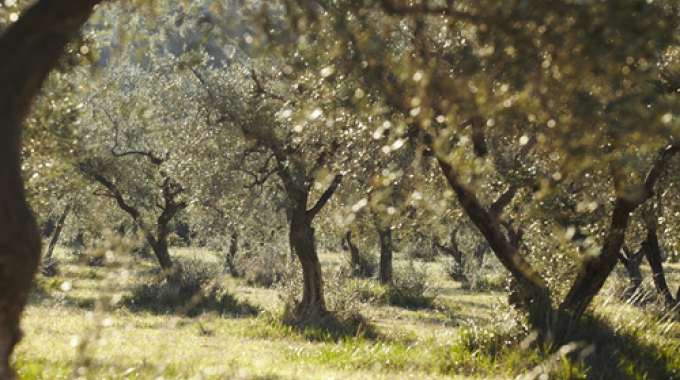 The olives are not chemically treated in any way. Growing vetch (Vicia sativa) at the foot of the trees enriches the soil with nitrogen, thereby eliminating the need to use plant protection products. Pheromone traps are also used to ward off the olive fruit fly.

Searching for the oldest olive trees in Greece

At the core of Greek heritage

Greece is home to thousand-year-old olive trees that have managed to survive until today. These trees have witnessed great swathes of the country's history and culture. And they've done so in style! Their ancient, knotty, sculptural trunks are a sight to behold. Some of these trees may have even provided shade to Sophocles or Julius Caesar...
But where exactly are these thousand-year-old olive trees? We set off in search of the oldest olive trees in Greece.

Our goal: to catalogue them in order to highlight the value of their existence and better preserve them. 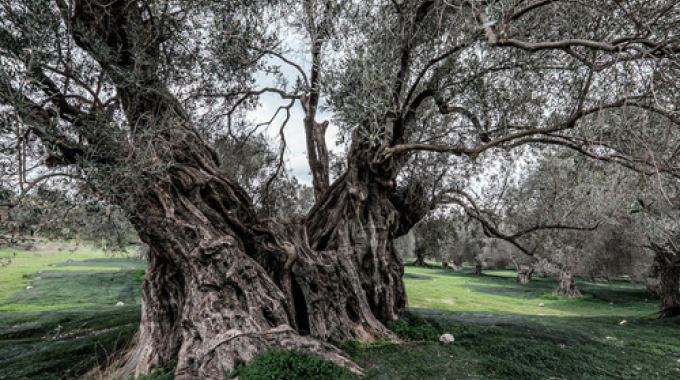 Why take an inventory of trees?

When they hear the word conservation, most people think of rare or endangered species. But this is a more overarching process to preserve plant heritage by cataloguing the species found and their unique features, like the thousand-year-old olive trees that have survived until today... 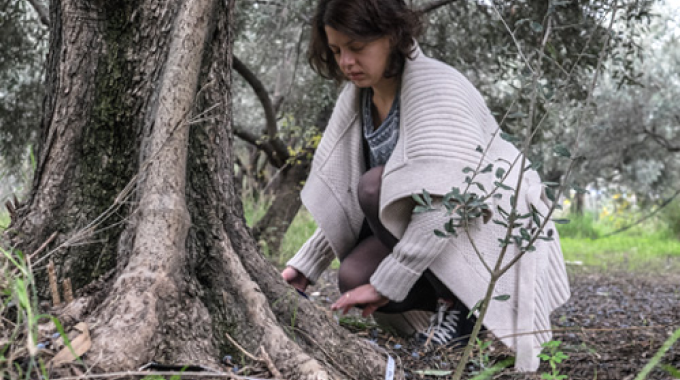 How can trees be dated?

Counting the rings of a tree is a great idea… for trees that have been cut down. To determine the ages of these living olive trees, we must call on a botanist or dendrochronologist.

Their method involves measuring the tree's diameter, examining its roots and comparing this information with rainfall data from the region.

We turned to the people who encounter these thousand-year-old trees on a daily basis: the Greeks themselves!

The idea: to invite the general public, through an online contest, to submit a photograph and a story for an ancient olive tree. We have thus been able to catalogue dozens of thousand-year-old olive trees in Greece while also collecting stories about these trees.

The project has put a lovely dynamic in place. One day, we're informed of a suffering olive tree in need of special attention, and the next, we learn of a remarkable olive tree to be catalogued... and thereby protected.