The main characteristics of conifers 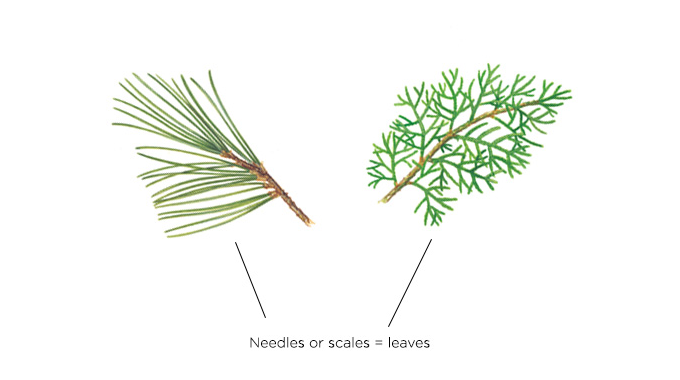 Conifers have leaves known as: “needles” or “scales”.

The appearance of the needles varies depending on the species. 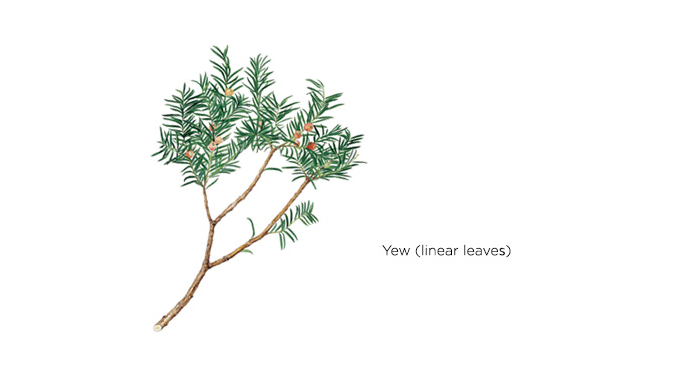 These can be short or long, with a pointed tip like a sewing needle.

These are more or less flat, with a blunt tip.

Scales are generally flat and very short, tightly packed together. 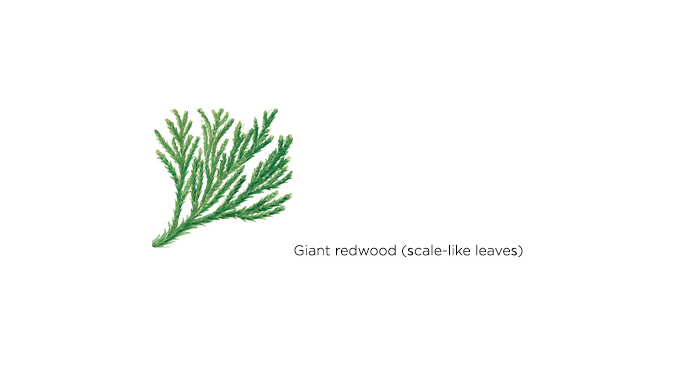 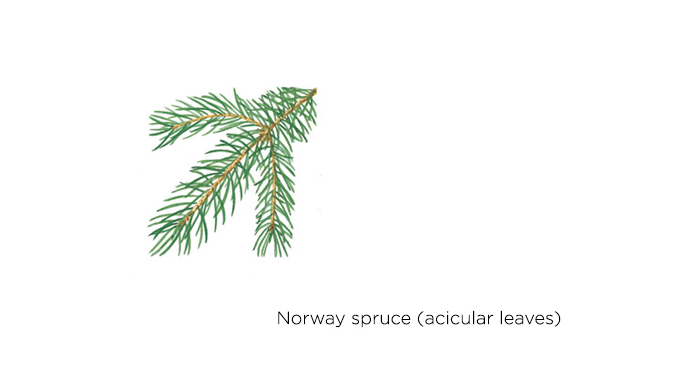 Most conifers are evergreens. They remain green in all seasons because the leaves live for several years and are not all shed at the same time in autumn, unlike broad-leaved trees.

These conifers replace their leaves by shedding them gradually throughout the year and growing new needles or scales.


However, certain species (e.g.: Larch) have “deciduous” foliage, like board-leaved trees. Their leaves turn yellow in autumn and are all shed at the same time, leaving the tree leafless throughout winter. These conifers renew their leaves each year. 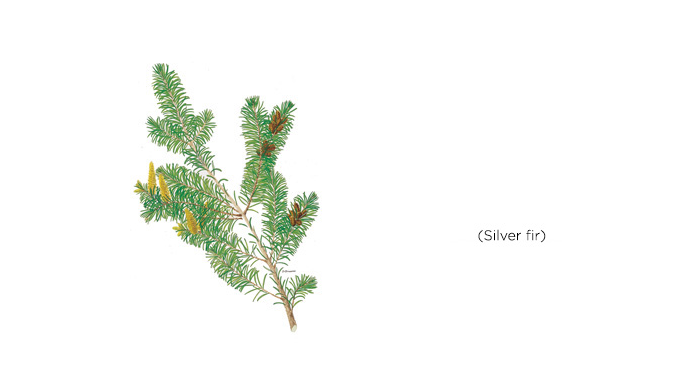 The blossom can be male or female and has no petals.

Most conifers are monoecious species. 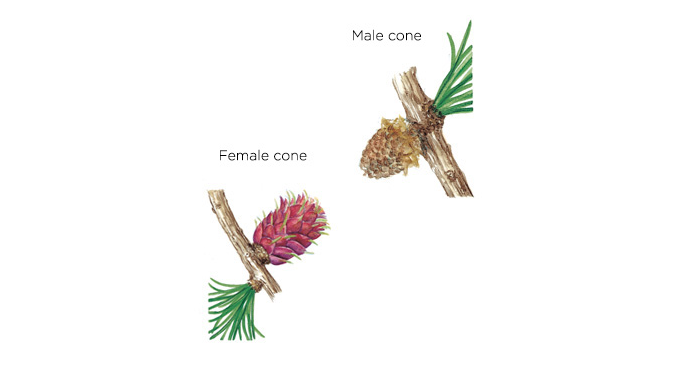 These are made up of soft scales that overlap in bright colours, forming a sort of immature cone (known as a strobilus), which contains the reproduction organs (ovules). The ovules are not enclosed in an ovary.

Generally smaller than the female cones, these contain the powdery pollen that is transported by the wind. 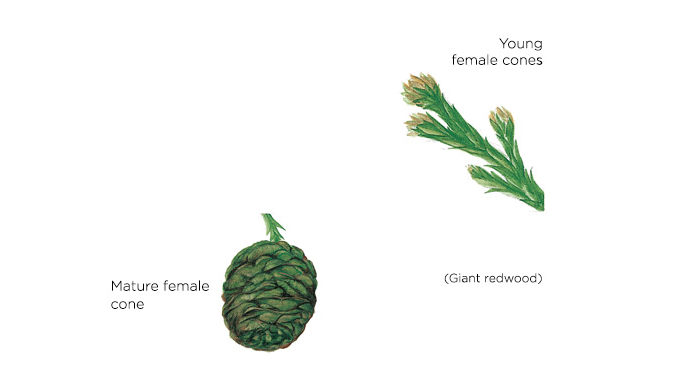 Once fertilised, the female cones develop into mature cones that contain the actual seeds, while the male inflorescences dry out and fall once the pollen has been released.

The cones, often referred to as the “fruit” of the conifer, are not strictly speaking actual fruit. In botany, the fruit is the organ that contains the seeds and which results from the development of the ovary after fertilisation. However, gymnosperms have no ovary. 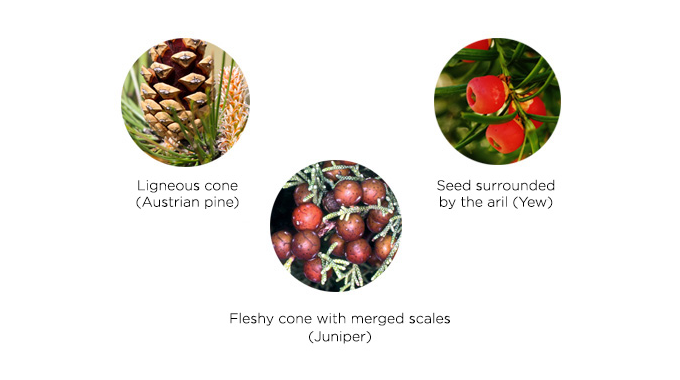 Most mature cones have ligneous scales with the seeds at the base. However, the size, shape and colour vary considerably from one species to another.

The scales can be fleshy, giving the fruit the appearance of a berry (e.g.: Juniper). In the Yew, the seeds are isolated and surrounded by a covering known as “aril”.

Once they have reached a certain stage of maturity, the cones open spreading their scales (e.g.: Pine) or disarticulating, scale by scale (e.g.: Fir, Cedar), allowing the seeds to fall and spread.

The seeds are often winged for better dispersal by the wind. Others are ingested by animals and pass in their excrement.

Conifers are ligneous or “woody” plants.

Their wood often contains resin, a complex chemical substance, which helps combat parasites and healing after injury. Hence their common name “résineux” (resinous), in French.
Conifers are used commercially for their softwood, which provides most wood for construction and paper pulp.